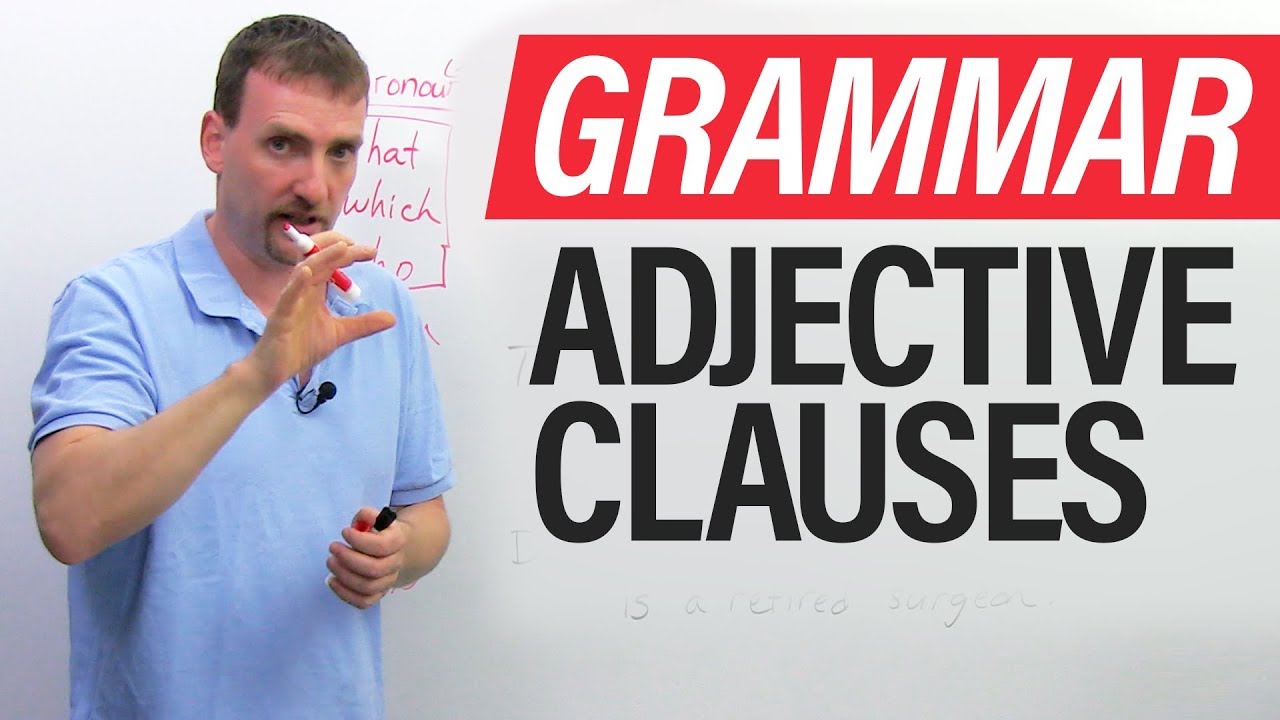 Test your understanding with the quiz:

Now, the first thing to remember about an adjective clause before we look at the actual structure of it, the full clause is essentially an adjective. Although it’s a clause, means it has a subject, and a verb, and maybe some modifiers – the whole piece, the whole clause together works like an adjective. So, because it works like an adjective: What does that mean? It means that it’s giving you some information about a noun somewhere in the sentence. You could have many nouns in a sentence, you could have many adjective clauses in a sentence. There’s no limit to how many you can have, although try not to have too many in one sentence because the sentence becomes very bulky, not a very good sentence.

Two things to remember: The defining noun. Now, one of the biggest questions about adjective clauses is: Do I use a comma or do I not use a comma? For defining adjective clauses, no comma. For modifying, like the extra information, the ones that you could actually take out and the sentence is still okay, use a comma. We’re going to look at examples and understand this more.

So, let’s look at some examples to get an idea. “The man lives next door.” So here we have an independent clause. Independent clause means it’s a complete idea, it stands by itself as a sentence, it doesn’t really need anything else. But the problem is “the man”. Which man? That man, that man, the man across the street? I don’t know. So this sentence, although it’s grammatically complete, is technically, in terms of meaning, incomplete because I don’t know who this man is. I need to identify him. So you can think of defining or identifying. Okay? I want to point specifically to one man because I have “the man”. I’m looking at somebody specific.